Last fall an extraordinary man passed away. His name was Dr. Masaru Emoto and his field of research concerned to what extent consciousness can affect water molecules. This is what he did: he marked water bottles with different labels, some with a positively charged expression like "Thank you" or "I love you", some with a neutral one and the rest with a very negative message e.g. "I will kill you". After actively sending these thoughts to the respective bottle, he examined the molecular structures of the water.

The water from the positive canisters showed beautiful, geometric crystals whereas the negatively "charged" water looked broken and asymmetric in his microscope. His findings suggested that thought indeed has the ability to affect at least water. This led him to spend the rest of his life travelling around the globe, lecturing on the importance of meditation and love in a world that truly is more interconnected than the current scientific paradigm is willing to admit.

Water molecules and their state of being depending on their treatment.
The effect of the musical pieces was probably positive due to the test conductors affection for them.

Naturally he took a lot of heat from the skeptic part of the scientific community, being accused of engaging in pseudoscience, a methodological question which according to himself might very well be true. Whether that's a reaction due to his humble Japanese mannerism or the fact that he just don't care I'll leave upon for speculation - perhaps it's beyond science after all. Of course The James Randi Foundation mocked him for refusing to undertake their bogus $1 million $ challenge - but their shenanigans is a topic for another post. 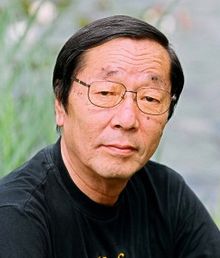 As a counter move to all the naysayers, Dr. Emoto thought out an experiment that not only heavily suggests that he was right all along, but also can be replicated at home through minuscule means. The method is called The Rice Experiment and all you need is a couple of jars, cooked rice and a magic marker. What you do is you put the rice in two or three different jars, shut them tight and write a positive word on one of them and a negative on the other (plus an unmarked third if you wish). Then you wait.

After a couple of weeks you'll notice that the rice in the positive jar will be in better shape than the one in the negative one, at least this is the idea of the experiment. As the goal is to prove that intention can alter matter, it is of utmost importance that the containers are placed so that you have a clear view of them; and that you indeed take a moment everyday to send loving thoughts to the positive jar and vice versa to the other.

I've found quite a lot of documented Rice Experiments from random people on the internet. With impressive results. I'll let them speak for themselves. 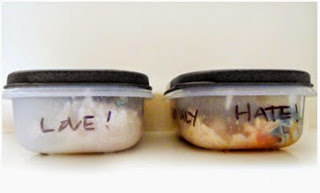 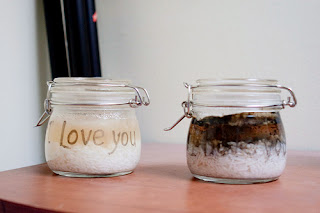 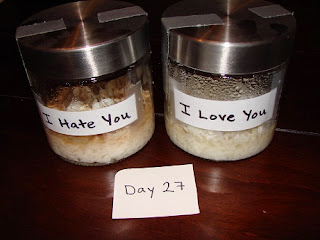 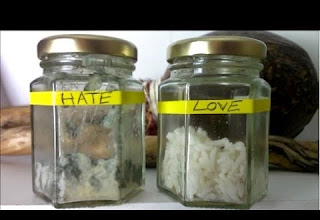 A year ago my girlfriend and I tried this at home. She was highly skeptical so I suggested we made it a bit more interesting by betting on the results, if it worked she had to buy me dinner, and if it didn't, the other way around. Here's how it looked like after approximately 3 weeks: 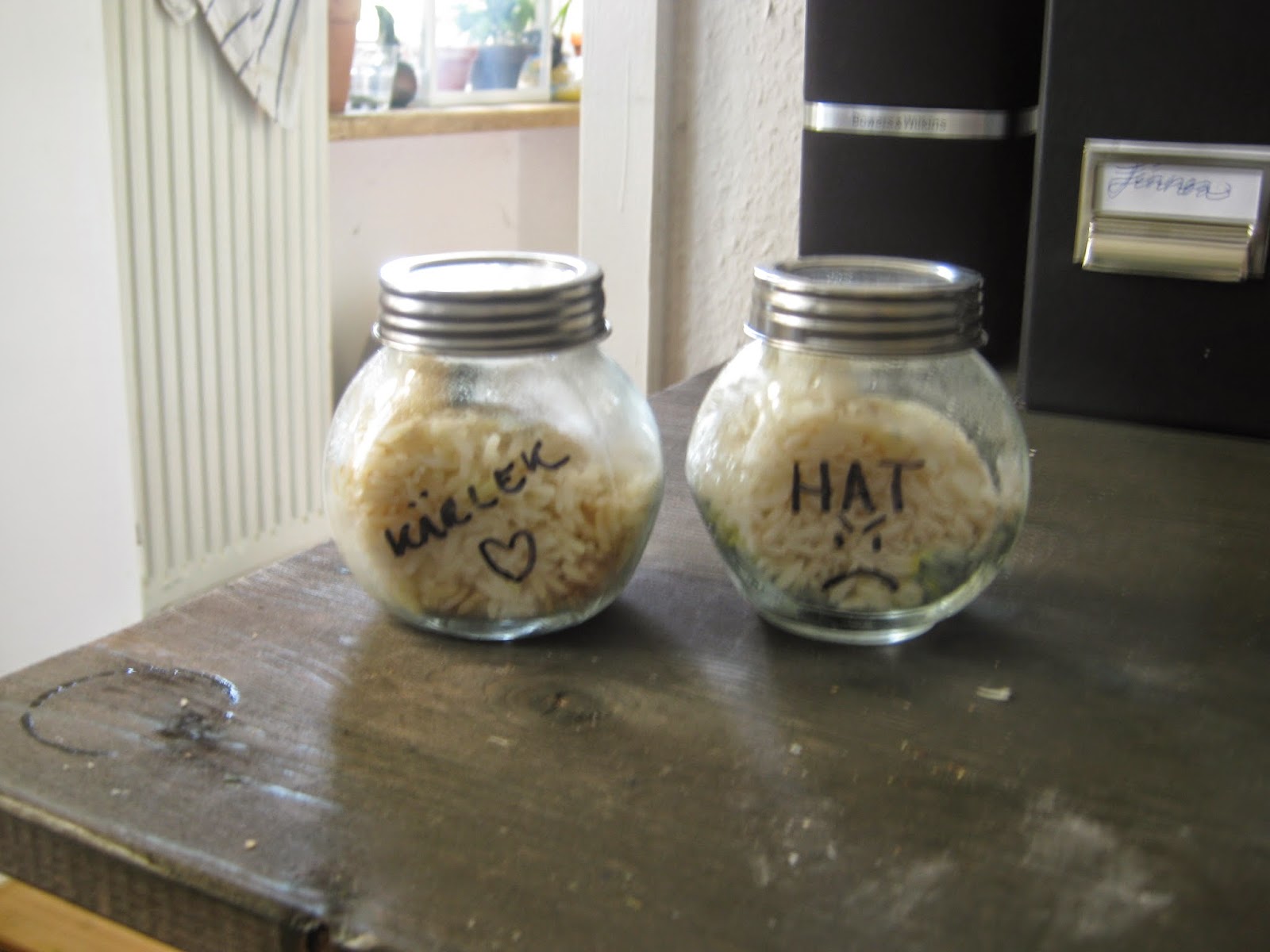 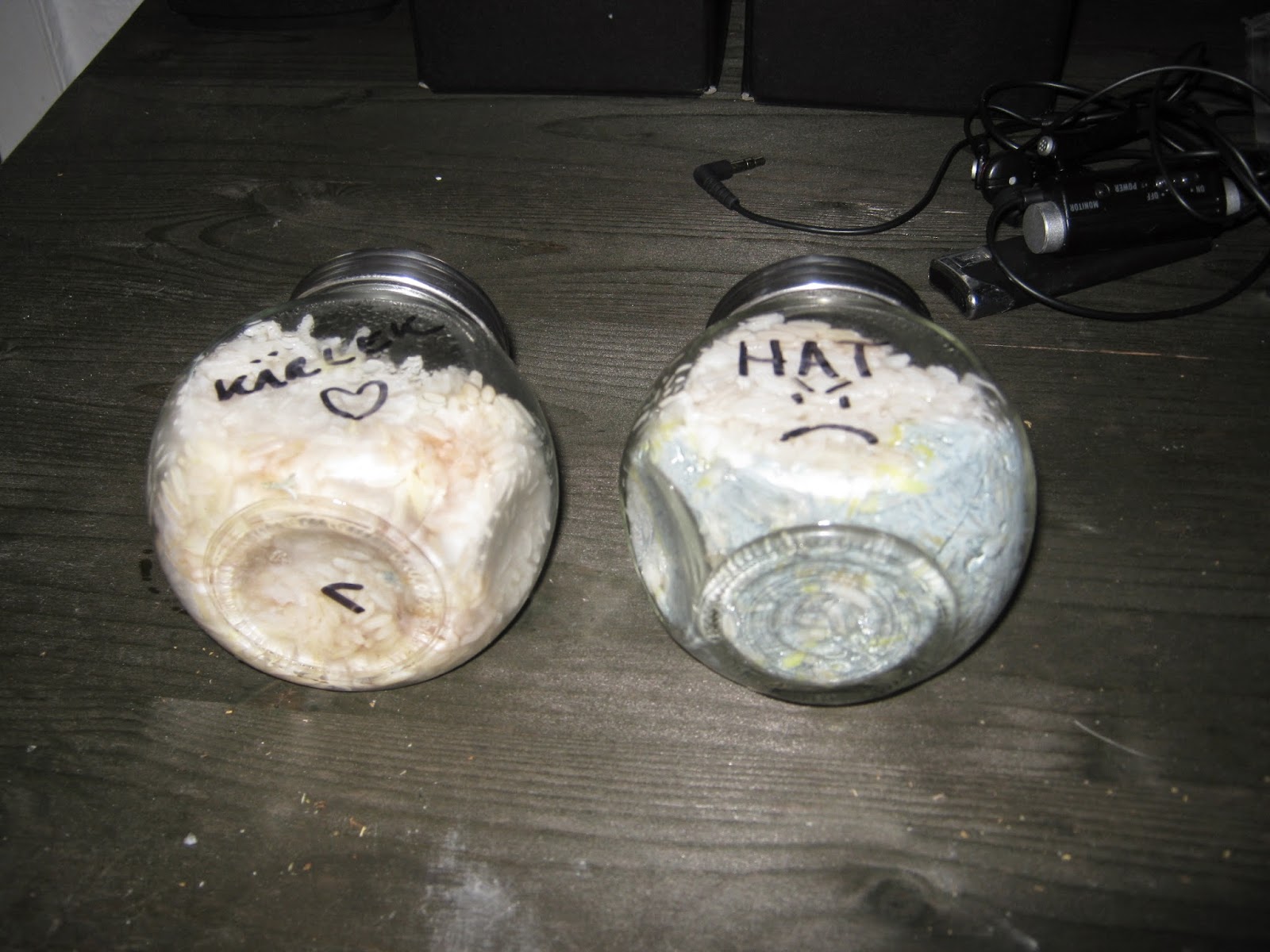 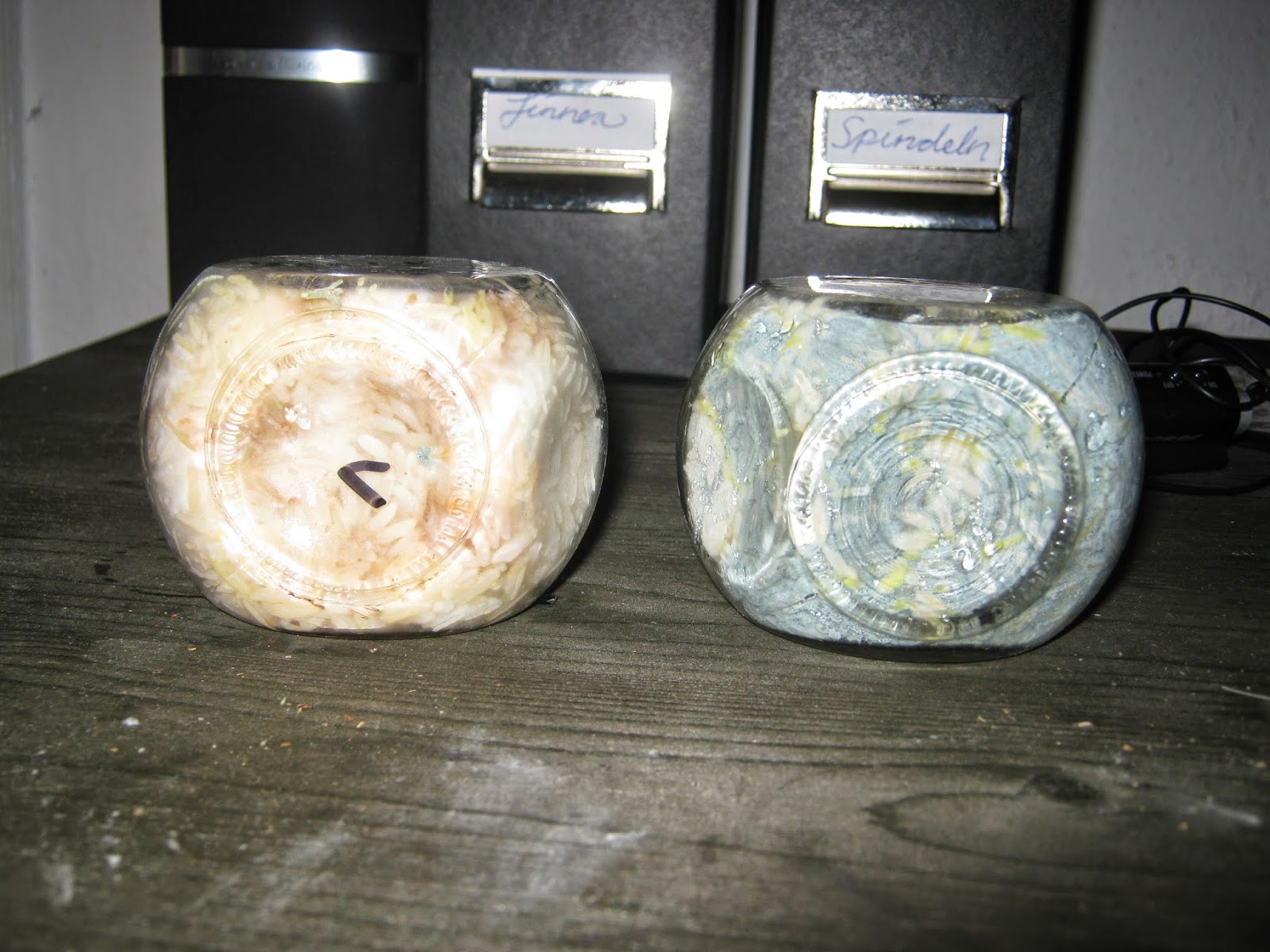 "Kärlek" is the Swedish word for "Love", "Hat" meaning "Hate". We had Chinese food if you must know.

Even though most sites that writes about this are positive, there are debunkers out there, however many of them try to explain away the experiment without even conducting it, like this blog post from FoodRetro. Here's a post from Sciencereporting explaining why it isn't scientific and how one could go about to conduct a vastly more complex test that misses the whole point of the original one. These are all on the first page when you google "Rice experiment".

The first page that will pop up is a post by Carrie Poppy, an author for skeptical CSI (Comitee for Skeptical Inquiry). She actually goes through with the experiment; and subsequently attempts to discredit it with irrelevant comparisons and a flim-flam jar that draws attention from the fact that the negative rice actually did rot quicker than the rice in the other jars. 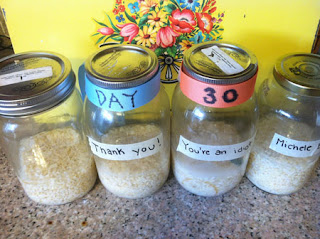 The canisters from Carrie Poppy's try.

"Well, he was the only one to mold, though the top of the rice in his jar ended up being the most exposed to air of all four samples." is her comment on the negative jar. Instead of discarding her experiment she ends her post with "I can’t help but wonder if the well-meaning re-creators of this experiment on the internet didn’t help their rice along, exposing the neglected or hated rice to more air, [...]".

So, do it again but this time make sure they are all tightly shut?

In the end no one has ever claimed that the Rice Experiment is a scientifically adequate way to measure something, of course it isn't. But seeing as it worked for me and countless others the effect of something inexplicable could very well be showing itself through this test.

Considering the profound implications hinted, everybody should try this - because the more positive results we can collect, the more undeniable it gets (assuming most results will be positive). Or perhaps it's just impossible to objectively conduct an experiment like this at home when even the hardcore skeptics "unintentionally" favors the positive rice?