Recently astrophysicists around the world declared tremendous success as our most powerful radio telescopes managed to, as they claim, take the first photo of a black hole (from now on: BH).

Curiously, the gravitational pull within the BH's outer edge, i.e. event horizon, is so strong, that even light can't escape from it. Which means the picture in question is more exactly portraying obscured light around a black dot.

Case closed? Actually, some tantalizing arguments can and has been made against the existence of BHs. The Thunderbolts Project, proponents of the Electric Universe theory, have systematically collected and evaluated much of the scientific progress of the mainstream cosmology during the last decades. They have pointed out several severe shortcomings in the established cosmological model with regards to predictability and actual observations.

This post will highlight some of the content featured in their clip Black Holes Behaving Badly. Ranging from contradicting data to a possible alternative explanation. The purpose of this article is to provide perspective on a topic most people take for granted without having giving it much thought, and which perhaps isn't as cut and dry as it often is portrayed as.

There are four types of black holes: stellar, intermediate, supermassive, and miniature. The most commonly known way a black hole forms is by stellar death. [...]

If its [star] mass collapses into an infinitely small point, a black hole is born. Packing all of that bulk—many times the mass of our own sun—into such a tiny point gives black holes their powerful gravitational pull. [...]

Supermassive black holes, predicted by Einstein's general theory of relativity, can have masses equal to billions of suns; these cosmic monsters likely hide at the centers of most galaxies. [...] [LINK]

According to the general consensus, Schwarzschild and Einstein* (indirectly) pioneered the theory of black holes in the 1910s, but it was first in the 50-60's physicists would give the idea a name and some attention. Some years later, Stephen Hawking took it to the next level when he applied a complex mathematical model to the concept and thus provided (theoretical) proof of the first singularity theory. [LINK]

A singularity is a one dimensional point residing in every black hole with an extreme amount of mass (possibly multibillion times our sun) and infinitely small volume[LINK], "where density and gravity become infinite and space-time curves infinitely, and where the laws of physics as we know them cease to operate." [LINK].


Of course one could dwell upon the purely theoretical problems considering:
I. Finite mass existing in zero volume, with infinite density and infinite gravity as one object.
II. The rationale of assuming space-time - the combination of two abstract concepts - as something physical.

But rather than doing that, the following segment will focus on observational data published on the most respected platforms in the field. [Please note that the words that appear in bold in the quotes, are edited by me.]

Nothing can escape from a black hole, but Hawking radiation and so called galactic jets supposedly do.

Magnetic fields have been thought to account for the energy needed for the particle jets to be beamed away from the singularity rather than being sucked in. In this article from 2017 a study of a black hole called V404 Cygni showed that it's surrounding magnetic field was in fact 400 times weaker than predicted. Study co-author Stephen Eikenberry, professor in astronomy in UF's College of Liberal Arts and Sciences admits:

"Our surprisingly low measurements will force new constraints on theoretical models that previously focused on strong magnetic fields accelerating and directing the jet flows. We weren't expecting this, so it changes much of what we thought we knew."

Sophisticated computer models have also tried to explain how, but as Kyle Parfrey, postdoctoral at Berkley Labs explains, they still have a long way to go:


"The results of the new simulations are not radically different from the those of the old … simulations, which is, in some sense, reassuring," [LINK]

Reassuring that they really don't know(?). Magnetic fields outside the event horizon is apparently off the table, so gravity centered cosmology, i.e. the Standard model, has no explanation as to what causes the jets.

The black hole theory supposes that the region close to the BH is extremely harsh, with unimaginable tidal forces, x-ray radiation and ultraviolet light. A milieu completely unfavourable for star formation - a process believed to begin with gas clouds slowly gaining density.

A couple of years ago some observations by the Atacama Large Millimeter/submillimeter Array (ALMA) showed 11(!) young protostars within three light years of Sagittarius A. In the words of Farhad Yusef-Zadeh, astronomer at Northwestern University of Evanston, Illionois and lead author of the paper.

“Despite all odds, we see the best evidence yet that low-mass stars are forming startlingly close to the supermassive black hole at the center of the Milky Way, this is a genuinely surprising result and one that demonstrates just how robust star formation can be, even in the most unlikely of places.”

Conveniently star formation theory seems to be the problem in this instance.

“We didn’t find what we were looking for, but instead found something very surprising — two smaller black holes. That’s surprising because most theorists said there should be at most one black hole in the cluster,” [LINK]

A year later, in 2013, a similar observation was made in the star cluster M62. Contradicting most theorists once more. Though instead of reconsidering, Chomiuk says


“I think it’s safe to say that we have discovered a whole new hunting ground for black holes,” [LINK]

As it happens, it's also safe to say that most theorists were mistaken. 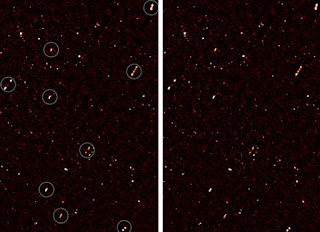 In this picture published in 2016 we see several super massive black holes spinning out radio jets in the same direction; a finding of utter astonishment to mainstream cosmologists as it doesn't conform to any Standard model predictions. The accidental discovery was made with deep radio imaging by researchers University of Cape Town (UCT) and University of the Western Cape (UWC) in South Africa. A quote from the article sums it up:

Romeel Dave from UWC, who leads a team developing plans for universe simulations that could explore the growth of large-scale structure from a theoretical perspective, agrees: "This is not obviously expected based on our current understanding of cosmology. It's a bizarre finding." [LINK]

Completely unrelated to galaxy alignment I will close with a quote from an article published on msutoday.msu.edu, earlier this year, when predictions not only failed to deliver, but:

Presented above are six cases (and let me assure you, there are more) of studies made by mainstream cosmologists that contradicts predictions made by BH theorists. Perhaps now would be a good time to remind ourselves that when empirical data fails to correspond with a theory, the theory is by definition, falsified.

Plasma cosmology offers an alternative to the Standard model. I will refrain from too much extrapolation and instead refer anyone curious to the following two websites, where in-depth presentations of plasma cosmology are accessible: Plasma-Universe, The Big Bang Never Happened.

Even though plasma cosmology differs from the electric universe theory, they both share the idea of how matter is apportioned in the universe. To give you a very simple understanding of how they differ from the current paradigm, here's an explanatory picture.


Winston H. Bostick was the pioneering plasma physicist who in 1956 would create a plasmoid in a laboratory in 1956. The term refers to a toroidal structure of plasma and magnetic fields. 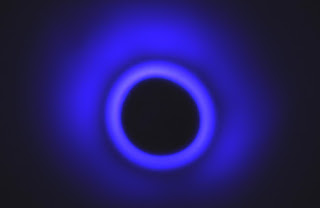 He later proposed the idea that plasmoids could very well account for many astrophysical phenomena, not the least galaxy formation [LINK].

"not only the morphology [shape] but the controlling dynamic elements, electric and magnetic fields, are the same in the laboratory as in the galactic phenomena". [LINK]


Having two plasmoids interact with another in a laboratory experiments, he as well as Anthony L. Peratt, who made similar simulations in supercomputer facilities at Maxwell Laboratories and later at Los Alamos National Laboratory, came up with the following results: 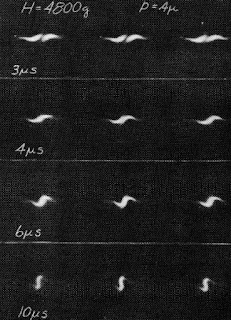 Thus proposing an alternative explanation as to how galaxies are formed based on observational data in laboratories rather than numbers on a chalk board. Even if the theory so far lurks in the fringes, it should at least be taken into consideration as it has no need for "dark matter" and "dark energy". Not to mention an object with several infinitesimal properties, occupying a finite Big bang universe.

Similar articles on Psydonia:
The Big Sham
Cause for Con[CERN]


*It's almost impossible to find an article about black holes not mentioning them being predicted by Einstein's theory of General Relativity. In this presentation by Stephen Crothers, a strong case against this possible predicament is made.